The components in a discipline can have inputs and outputs, and these are shown as connection boxes. The boxes on the left of a component are for inputs and those on the right are for outputs. 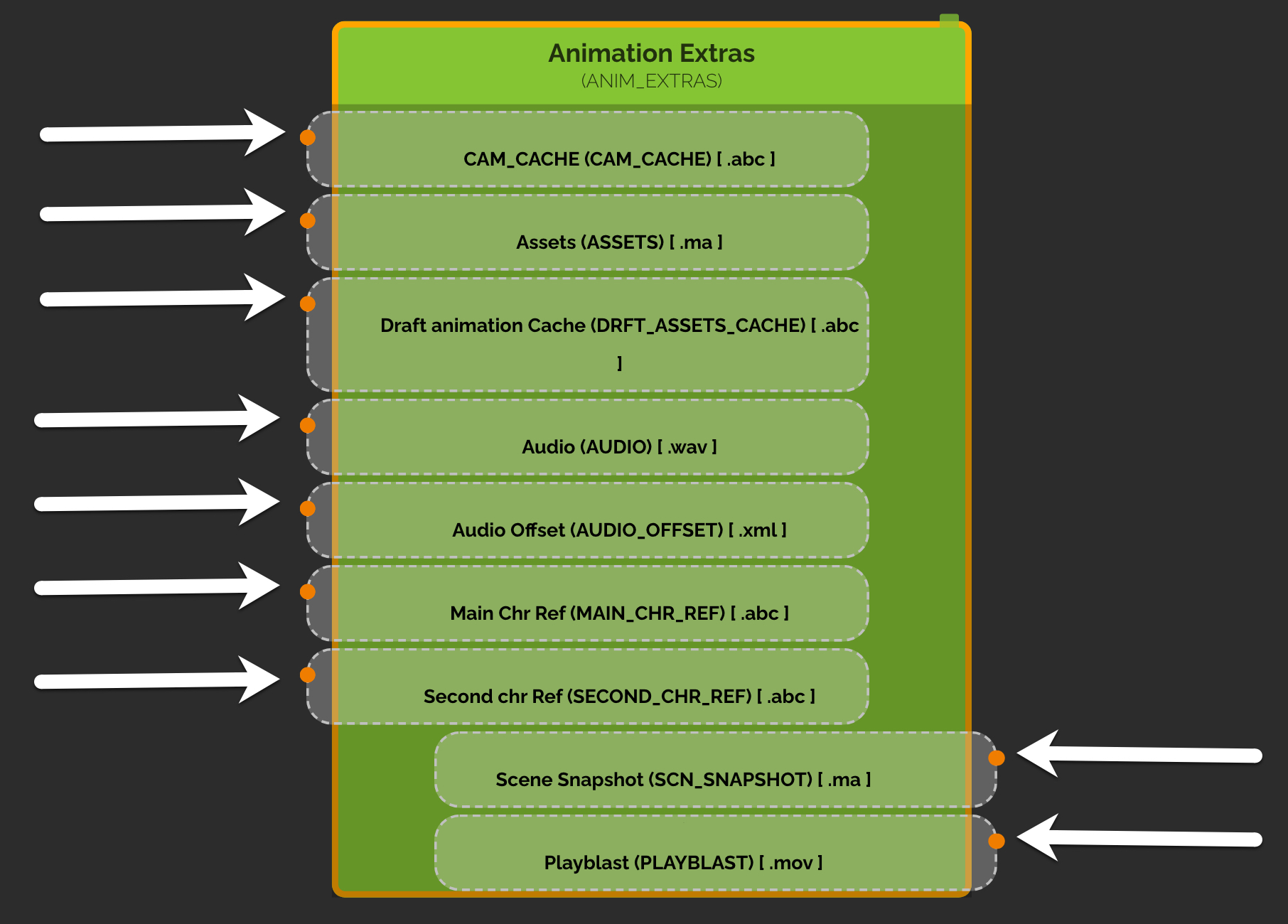 Entities from other disciplines are loaded into a component's input so that the artists can do their work. For example, in the following image, the "Layout Assets" component has an input that can receive published files from the "Full Rig" component in another discipline. 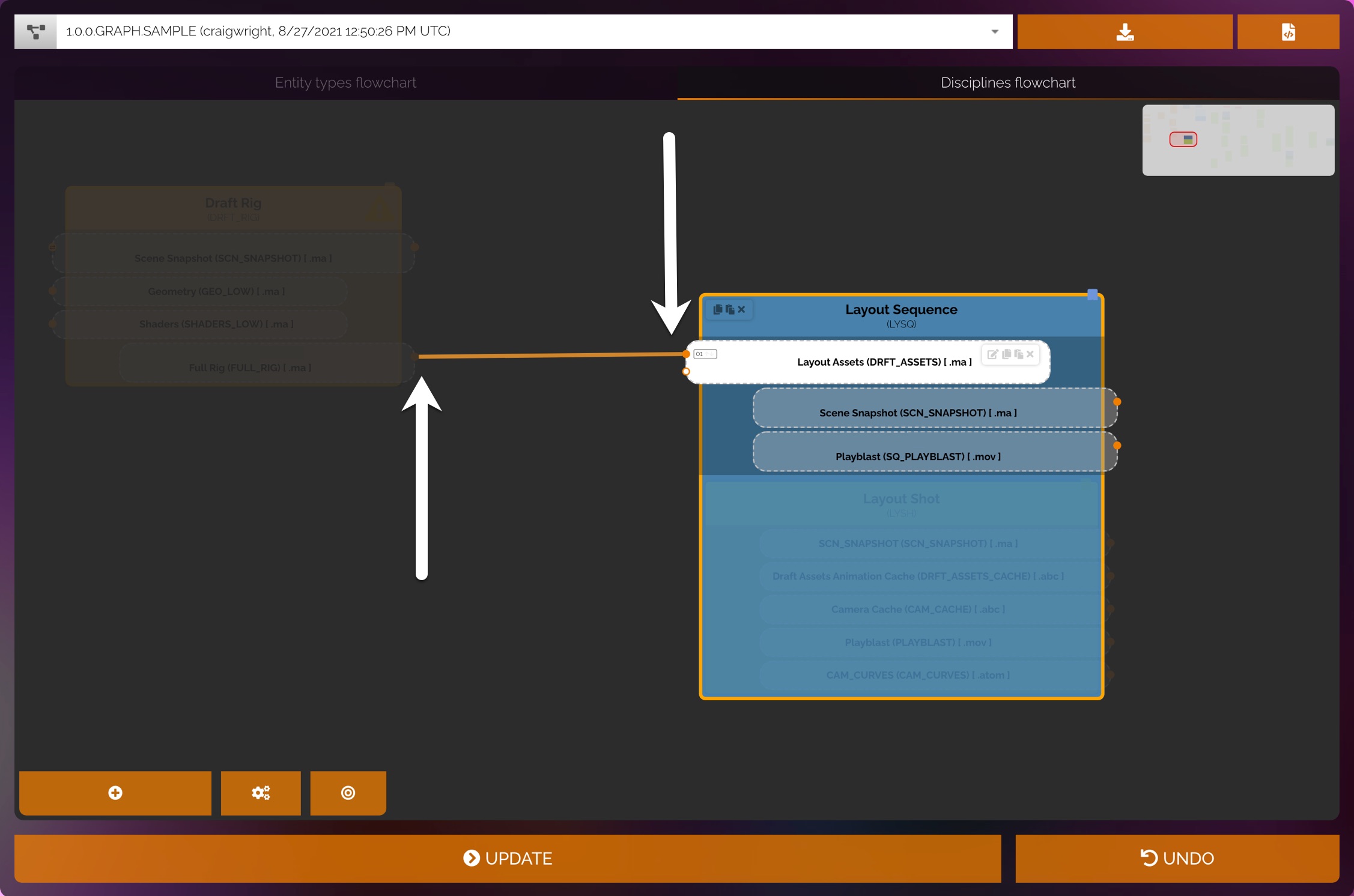 You make the connection between one component's output and another component's input by drawing a connection line (see Connect components on a discipline flowchart).

A single component can have multiple inputs, in which case, they get extra input connections. The extra inputs are numbered, to show a hierarchy, where the highest number is loaded first. If there is no publication from that input, SimpleCloud looks for the next highest number, and this process continues until it reaches an input that does have a publication ready. 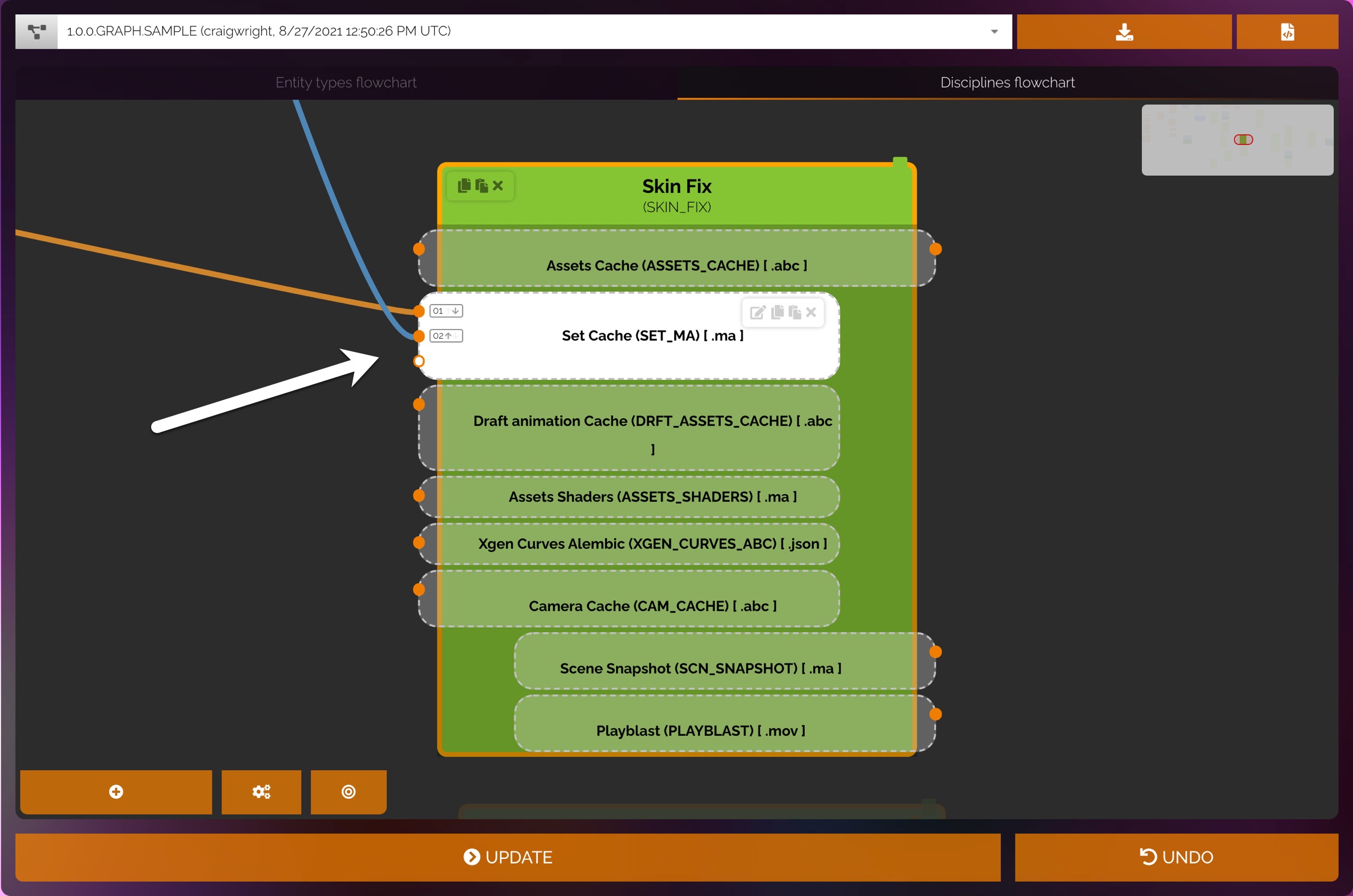 Next to each number is an up arrow and/or a down arrow. Select these to move the input up and down in the priority hierarchy.

The third connection box is white with an orange outline. This shows where the input connection box would be if you added another connection, and is just to act as a guideline. It does not have an input until you make it a real connection box.

You'll also notice that the component has icons in the top-right corner. These are, from left to right:

With the output connections, you can either:

To learn more about connecting inputs to outputs to create the workflow, see Connect components on a discipline flowchart.