When you are setting up the disciplines for your flowcharts, you may find that you need to use a component that is unavailable to that discipline. For example, you may need a layout discipline to output information about shots, but this is not supported. But there is a way to combine different types of discipline - you can use a "parent" and "child".

In a parent and child relationship, you have your main discipline as the parent. Then you add a child discipline to the parent, as a kind of sub-discipline. This allows the parent discipline to use its own inputs and outputs and also those of the child. 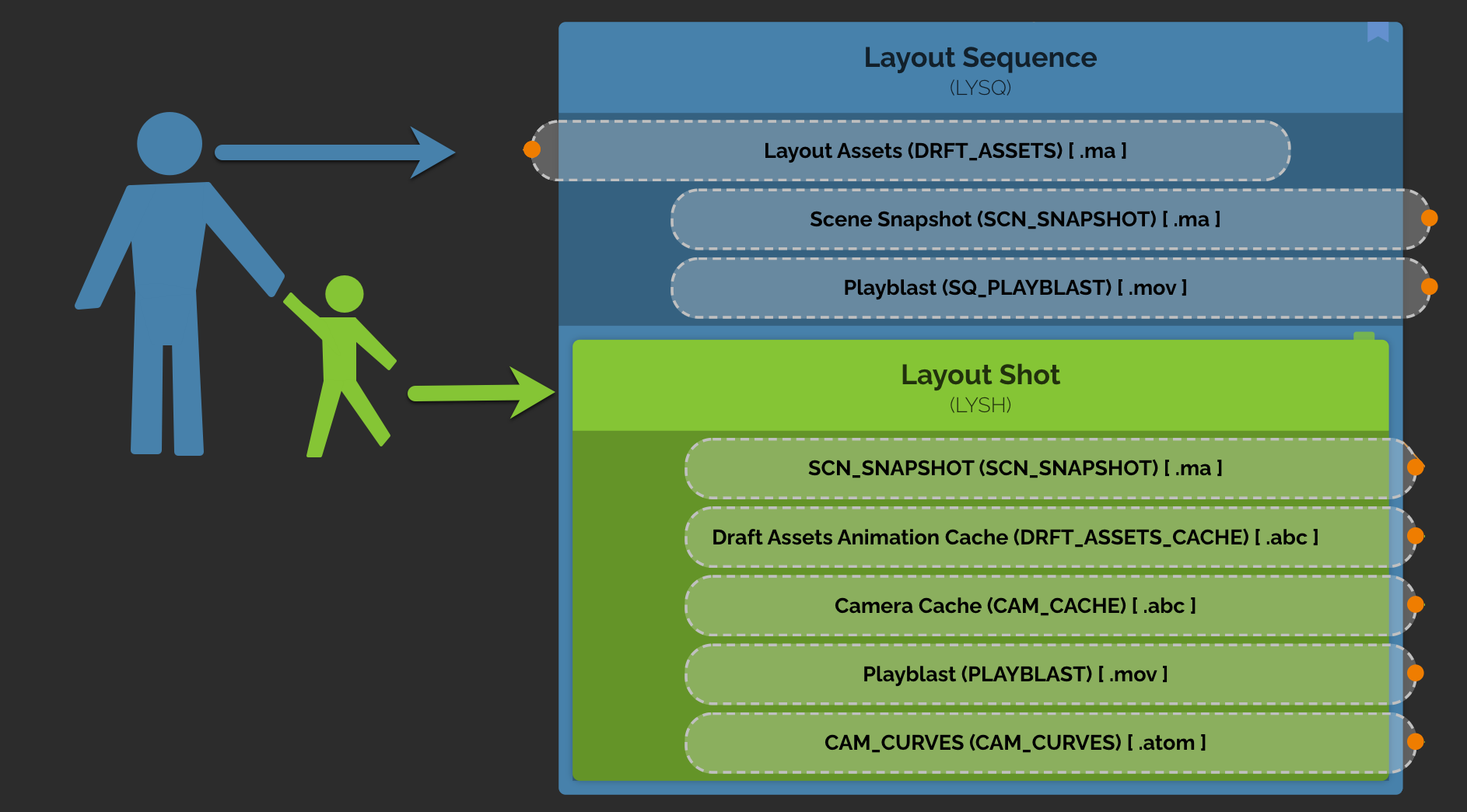 We have included an example at the end of this article to show how the parent-child relationship works.

To set a discipline to be a parent or child:

On the Disciplines flowchart, the child discipline is added to the parent discipline. You can now add input and output connections as required (see Connect components on a discipline flowchart).

After the layout work is done, the sequence is reviewed, altered if needed, and eventually is approved. At this point, the supervisors can decide how many shots are needed and add the shot information to the DAM.

The animation department need to work on each of the shots, and so they need the shot information and relevant assets from the layout department. The layout sequence cannot output information about shots itself, as sequences are not designed to output shot components. So the solution is to create a shot sub-discipline. 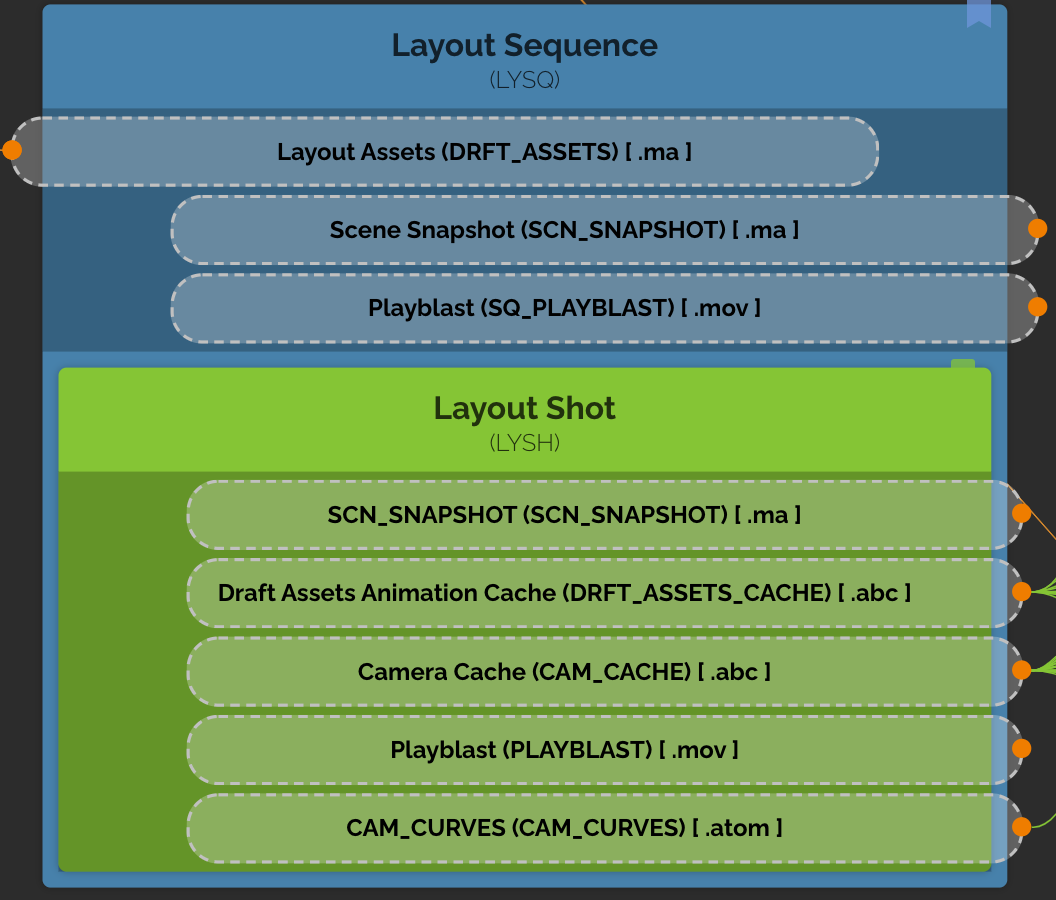