For each studio, you can create one or more schedules. Each schedule has a grid, where the columns represent the 7 days of the week and each row represents a 1 hour time slot. To set a time that the studio is available, you add a highlight box and position it on the day and hours that you want. 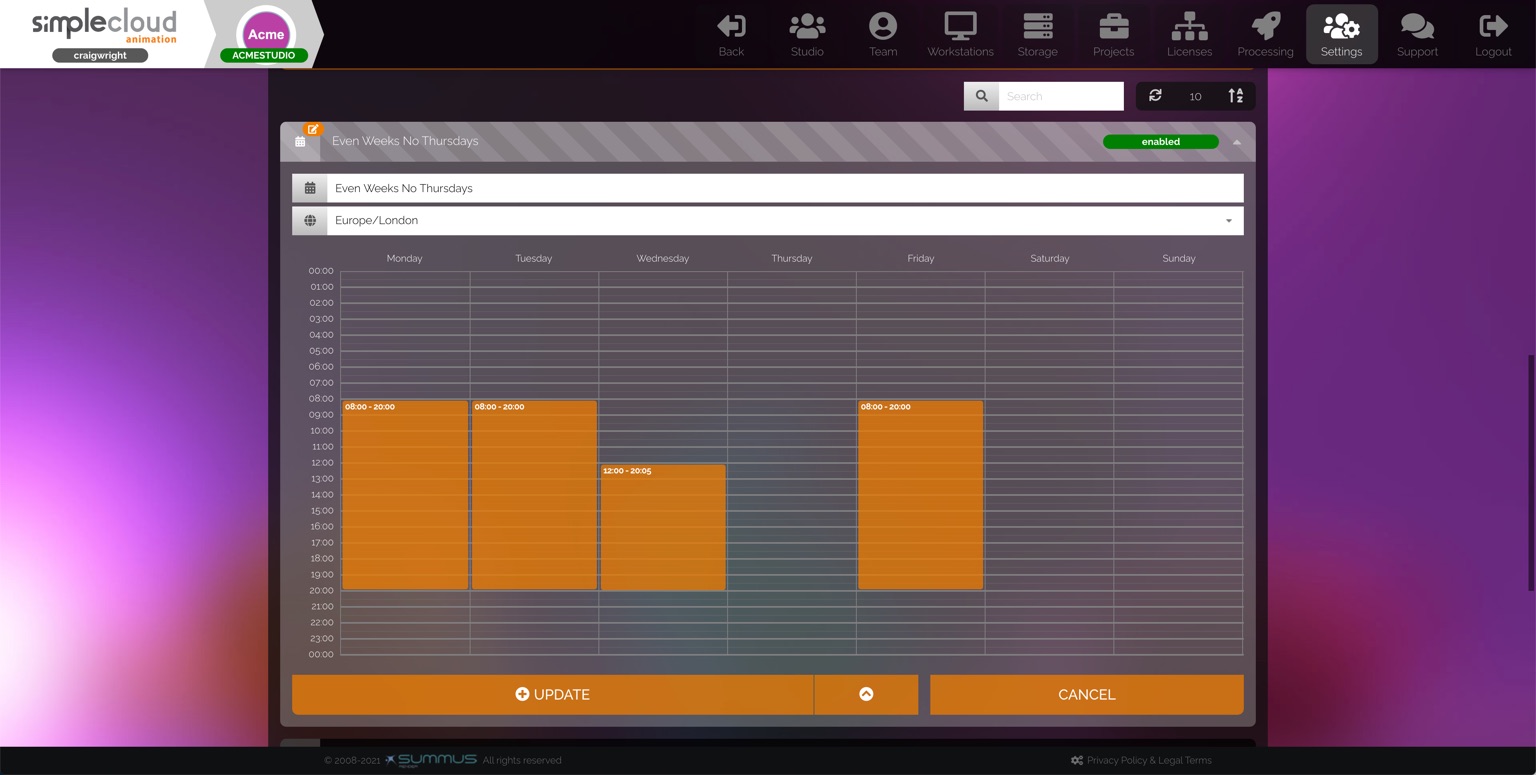 Before you set up studio schedules, it is important that you understand the following points:

To learn how to create and manage studio schedules, see: